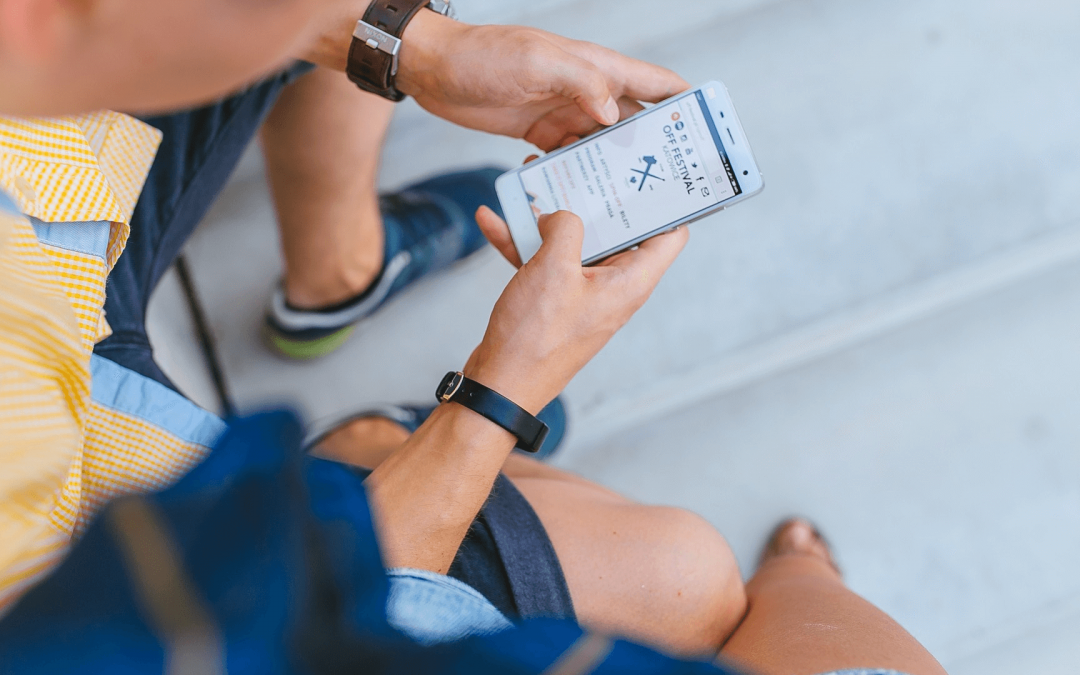 Here are 7 reasons why you need a mobile-ready website today.

In the last few years the shift in how users access Internet and consume online has been huge.

The whole world is going mobile.

Here are 7 reasons you must take into consideration now if you have a website that is not mobile-friendly, or if you are planning to get a website, or if you work in marketing.

Reason 1: mobile adoption and penetration rate are going up

The number of connected mobile devices has surpassed the number of people on Earth in October 2014. The usage figures, provided in real-time by GSMA Intelligence, reveal 7.4 billion of connected devices and 3.6 billion of mobile users active in March 2015 on a total population of 7.2 billion.

There are more mobile users than PC users globally, according to comScore‘s US Mobile App Report:

People are buying less PCs, and more smartphones and tablets.

Worldwide PC shipments are expected to fall by -4.9% in 2015, according to IDC‘s Worldwide Quarterly PC Tracker.

The global smartphone market, on the other side, has witnessed extraordinary growth in recent years.

1.4 billion smartphones are expected to be shipped worldwide in 2015, for a market value of US$382 billion:

eMarketer estimates that there will be nearly 5 billion mobile phone users by 2018, with over 2.7 billion of those smartphone users:

eMarketer also forecasts that by 2017 more than one-third of all people around the globe will be smartphone users, and that 15 countries worldwide will have seen more than half their populations adopt smartphones by 2015.

Reason 2: time spent using Internet on mobile is going up

So, more and more people own smartphones (and tablets). And they use them to access Internet!

The amount of time users spend on mobile devices versus desktops has indeed increased.

According to Nielsen’s 2014 US Digital Consumer Report, US users were already spending in 2013 more time using Internet through smartphones and tablets than PCs (data below refer to Q3 2013):

Even if the big majority of the mobile time is still spent on apps (roughly 80-90% of the time spent on mobile), web surfing through mobile is steadily increasing, stealing time to the surfing through PCs.

Note that, according to IAB‘s Apps and Mobile Web: Understanding the Two Sides of the Mobile Coin, released in Jan 2015, more than half (52%) of smartphone owners say they click links within apps that take them to content on mobile websites at least sometimes or more frequently.

Basically, while these users are technically operating within an app (so their time is considered time spent on mobile apps rather than mobile surfing), they are also spending time on the mobile web.

80% of Internet users aged 16-64 years own a smartphone, and 47% own a tablet in Q3 2014, according to GlobalWebIndex, which forecasts that 2015 will be the year when smartphones’ owners reach parity with PCs/laptops’ owners (currently at 91%).

UK consumers own an average of 3 devices (and smartphone and tablet adoption rate grows at incredible speed: tablet tripled in a year, smartphones doubled), according to The World Has Gone Multiscreen, a 2013 research study by Google.

They switch seamlessly between their devices, in different moments of the day, to sequentially complete tasks, or they simultaneously use different devices.

This is confirmed for example by ComScore’s UK Digital Market Overview and Google/Ipsos/Sterling Brands’s The New Multiscreen World study, released in 2012.

The same study shows that 90% of the users moved sequentially from one device to another at different times to accomplish a task (98% of them during the same day), and 67% of people had used multiple devices sequentially to shop online.

The Connected Consumer Study, Our Mobile Planet, Mobile in the Purchase Journey and Mobile Path to Purchase, 4 important studies commissioned by Google in 2013 covering 56 countries in the world, have similar findings.

It’s important to understand that smartphones are more and more used for product research and direct purchases.

And even when they do not purchase through mobile, the mobile research influences their purchase on other devices or in physical stores, according to the Google’s studies above.

So, multi-device usage is growing in the personal environment and is changing the lives and behavioral patterns of the consumers, in all the steps of the decision process.

Consumers access the web everywhere (at home, on the go, in store, while commuting etc) and anytime, more and more using their mobile devices before and after office hours.

So, a mobile-friendly website can reach its audience everywhere and anytime they are connected.

Some UK stats from Our Mobile Planet by Google:

66% of smartphone users expect sites to work as well on their mobile as on their desktop, according to The World Has Gone Multiscreen. You do not want to disappoint them.

What Users Want Most From Mobile Sites Today, a Google’s research on US adult smartphone Internet users in 2012, has interesting findings on the expectations of the users:

Starting April 21 2015, Google is going to use mobile-friendliness as a ranking signal. Google’s search results will be impacted globally.

The main objective of the announced algorithm updates is to display relevant, high quality search results that are optimized for mobile, to the users who are searching through mobile devices.

Mobile is growing. Mobile is here. Mobile usage is skyrocketing.

People look at your site on a variety of devices. Even if the majority of your audience might be still using a desktop, they will be switching to a smartphone or tablet very soon.

Without a mobile-friendly site you are already losing the chance to be ranked and found, you are providing a bad user experience to the users who are increasingly accessing your website from mobile devices, you are missing consumers in their anytime-anywhere interaction/buying process, and you are driving users away to your competition.